Red addresses the science fiction trope of terraforming through comparing humanity’s destructive environmental impact to reverse terraforming. Terraforming or Earth-shaping is the human ability to make other planets habitable by Earth-like life. 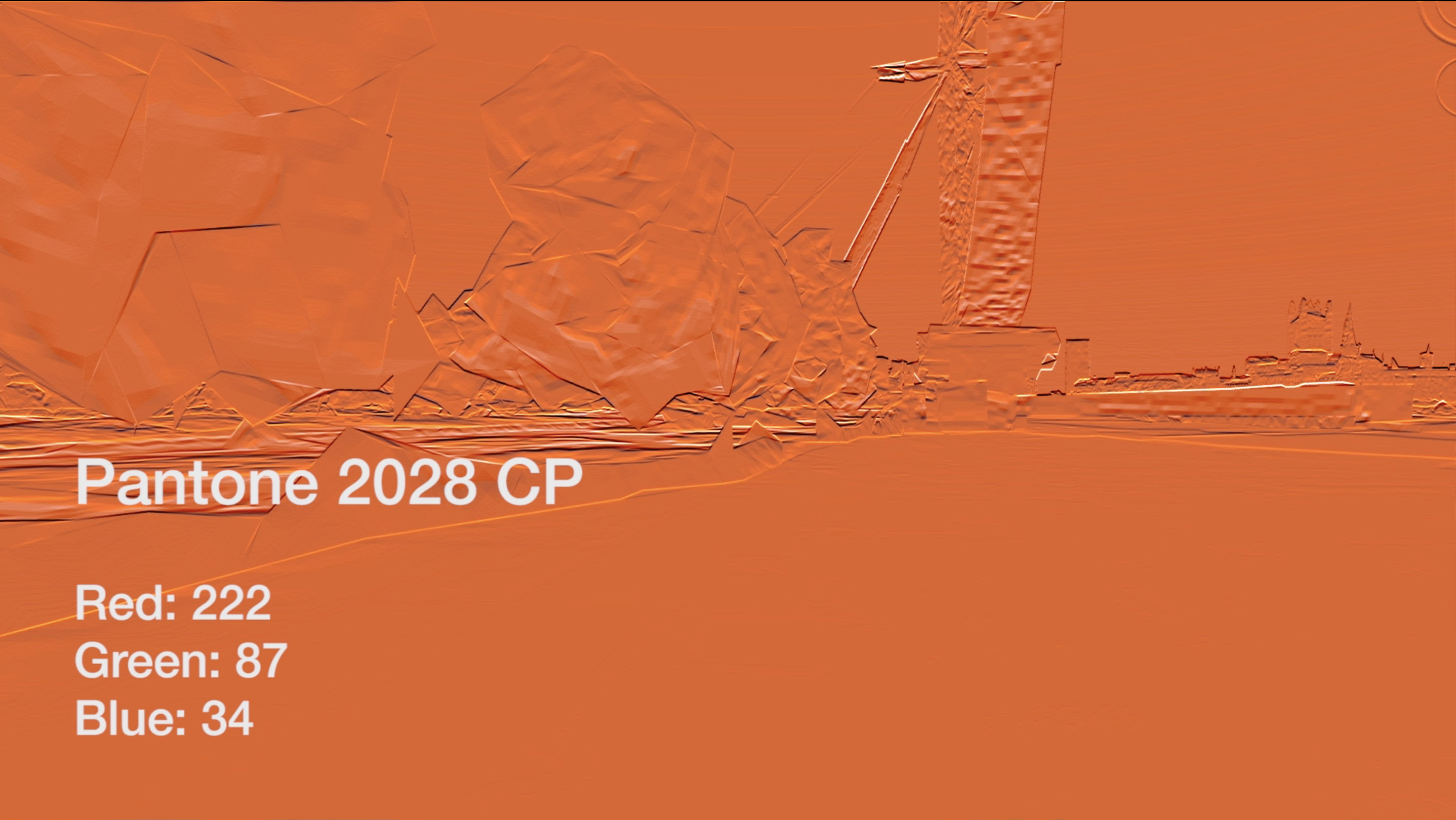 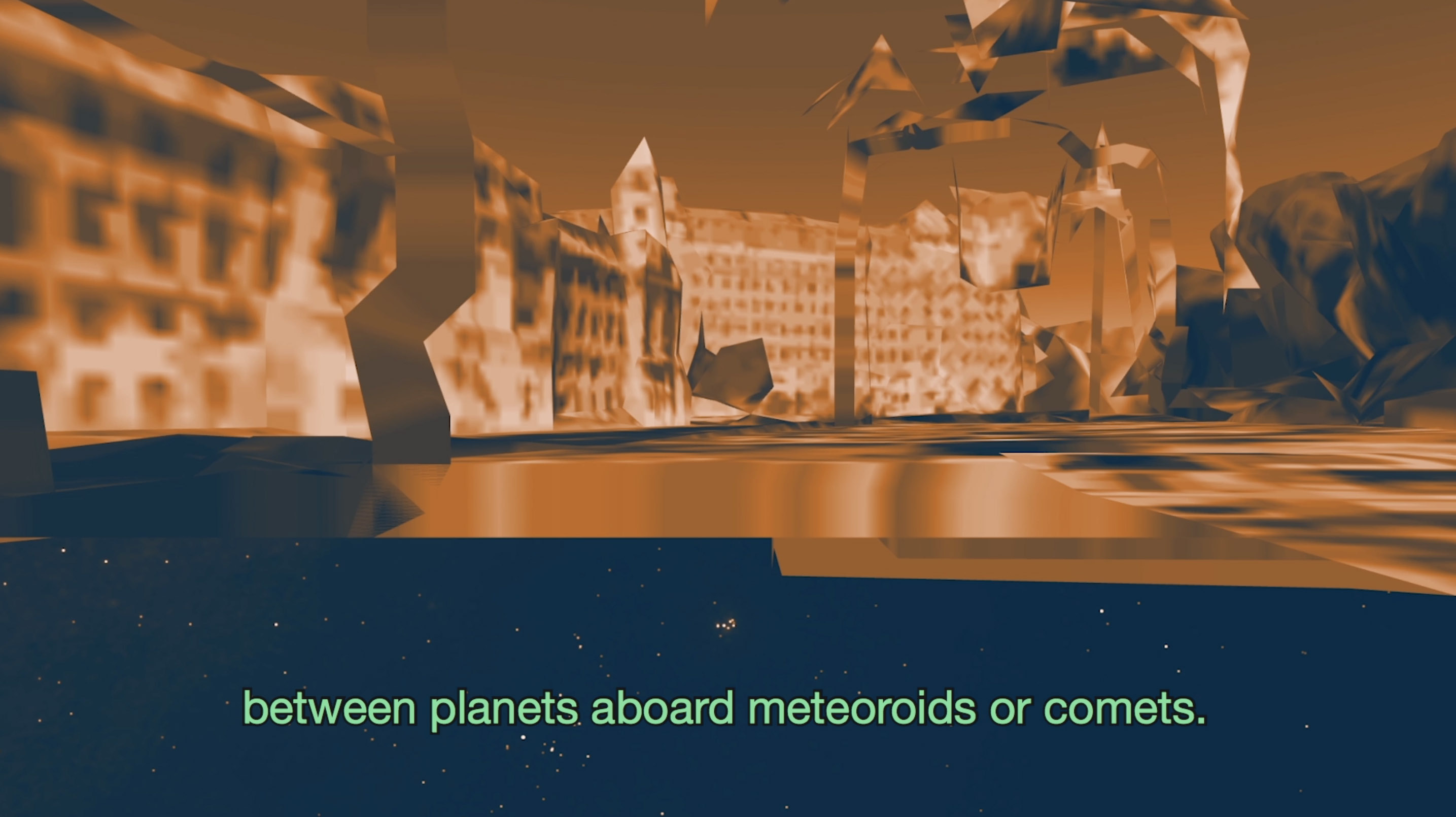 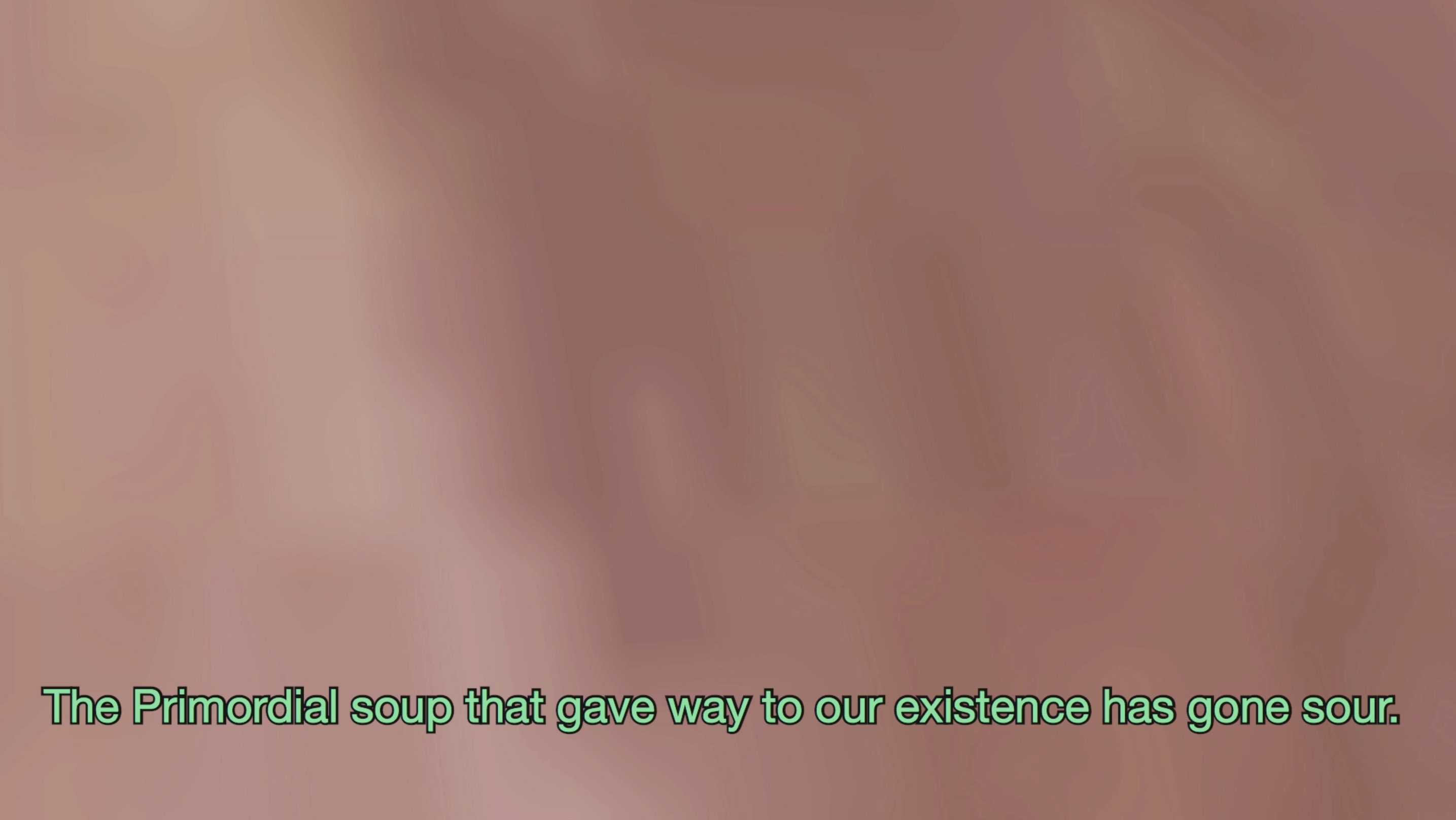 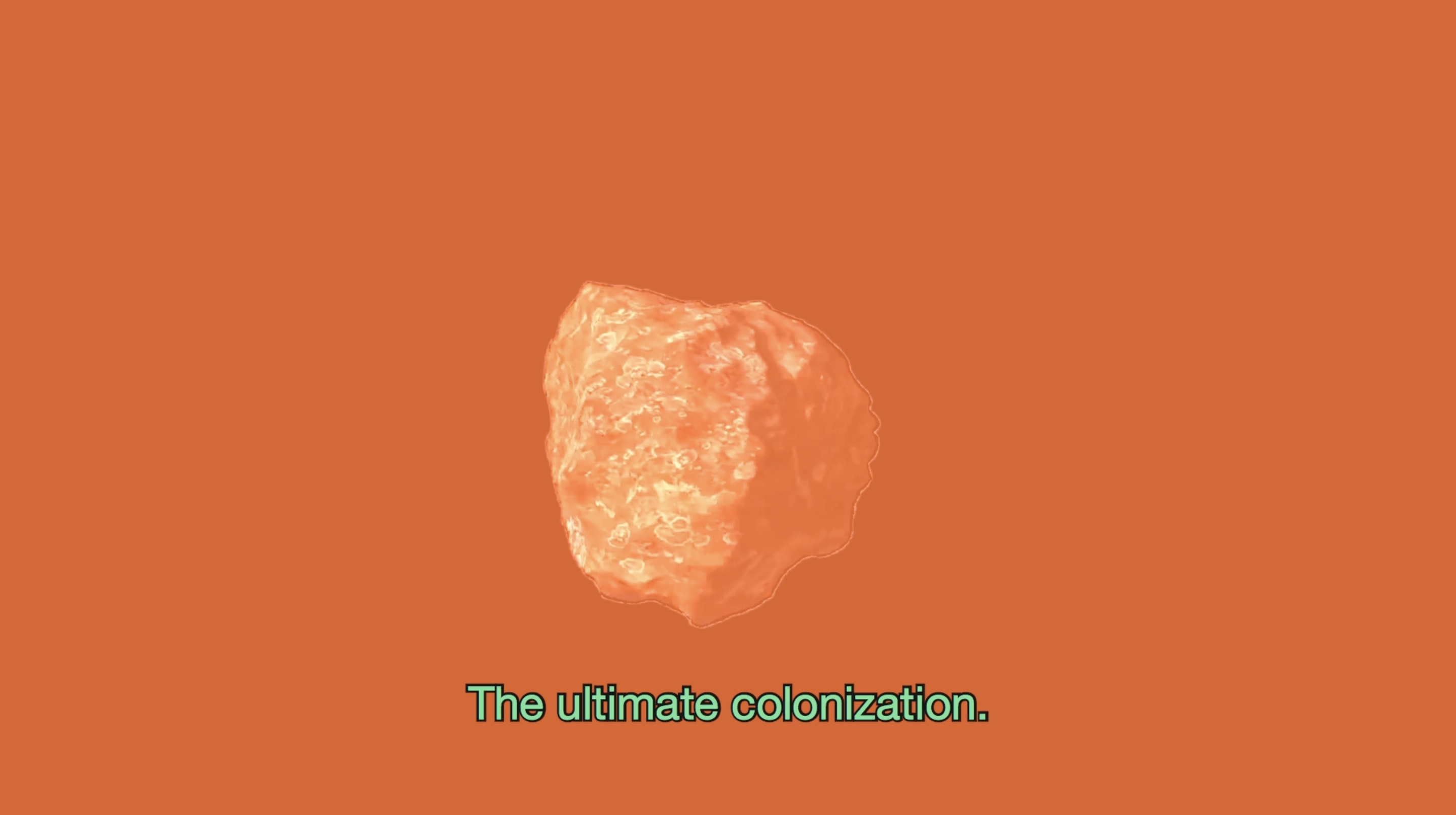 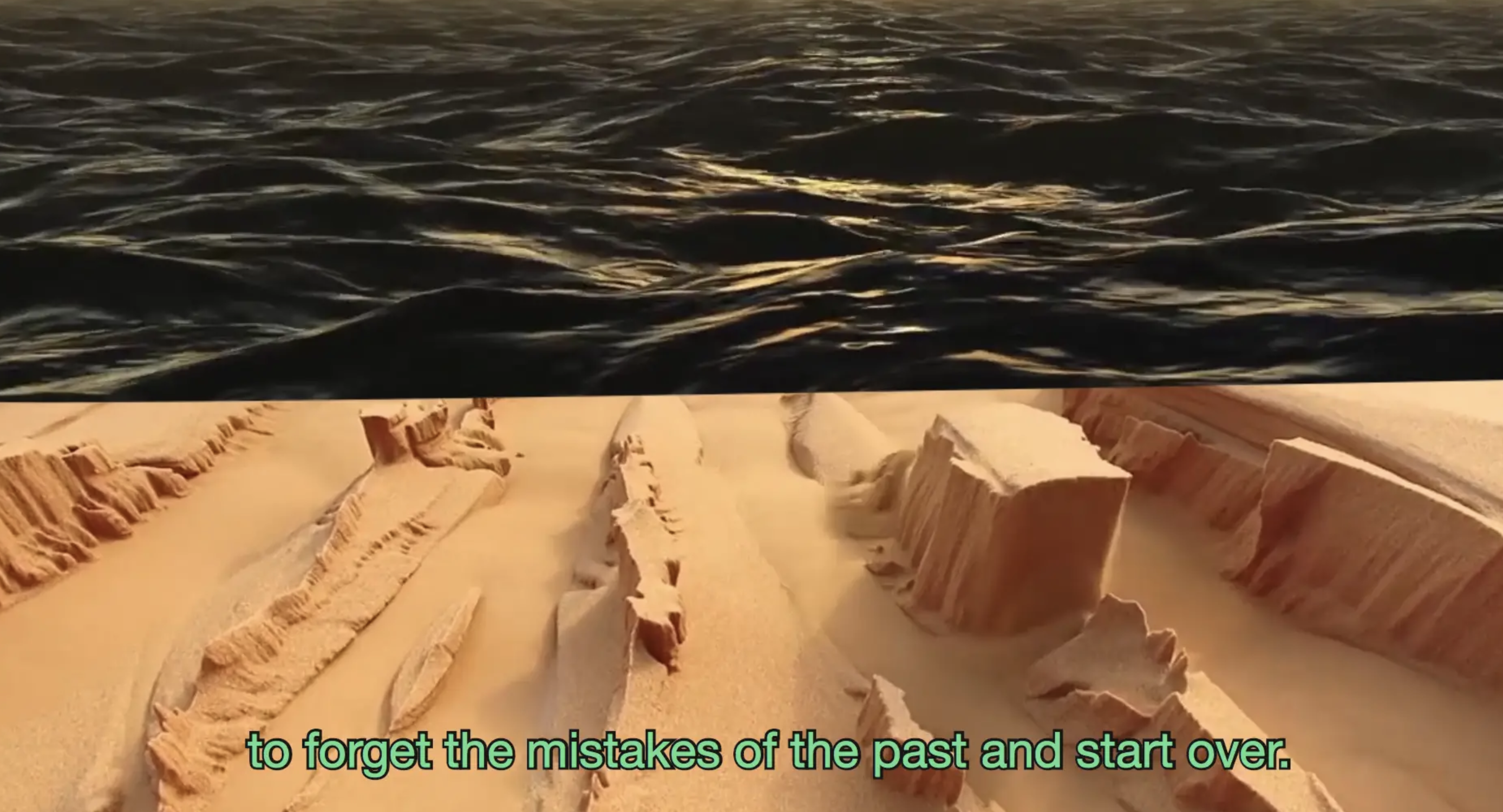 Using 3D animation and satellite images of Mars as well as red areas from around our planet, the work reveals humans’ lack of responsibility for the loss of nature on Earth, while nurturing the imperialist fantasy of colonizing Mars, and making it our next home planet.

A scientific theory called ‘Panspermia’ suggests that life on Earth came from Mars, carried on meteorites. The presence of an asteroid belt stretching between the two planets would make for a ‘microbial highway’. If the theory gets confirmed, then life would have already left the barren terrains of Mars and colonised the Earth billions of years ago.

The work imagines a near future scenario and uses a red Pantone hue titled 2028CP to frame the work in the year 2028, four years after Elon Musk’s first manned Space X expedition had landed on Mars. Here, the red Pantone takes on a two-fold role: prophetic as well as a binding role point out the billion-year-old connection between the two planets.